No thank you letter? Not even an email?

Amazon and Ebay (and a few other sites to boot) have enjoyed €1m euros worth of sales thanks to the Bitcoin economy and they might not even know it.

It’s strange to believe that All4btc only launched one year ago. It seems like only yesterday we were chatting frantically about the future and getting lost in a pile of pencil drawn mockups.

Our first year revenue was a shock - even to us.

Thanks to everyone in the Bitcoin community who has supported us and given us feedback.

It’s not exactly the most original idea in the world: allowing people to pay for Amazon products with Bitcoin, but it was still a very exciting prospect for the community.

Bitcoins owners had a more direct way of converting their crypto into TVs, headphones and graphics cards (to mine more crypto).

If an individual had Bitcoin, but wanted an Xbox, he could either:

We made it easier and faster to convert a virtual currency to real goods. Amazon and Ebay to Flights and Flats

While our initial focus was on the big retailers, Ebay and Amazon, we have had customers requesting all kinds of goods and services.

We would generally try and accommodate their needs; it was always pretty exciting to be the middleman for first Bitcoin purchase of X.

Among the most exceptional things we have been asked to purchase:

We all dream of a world where Bitcoin will be accepted everywhere.

When retailers realise how much is being purchased by the ‘bitcoin_4_eva’ username, they might take the time to google ‘accept Bitcoin’, stumble across BitPay‘s homepage and dive down the digital rabbit hole.

Our E4btc, Bitcoin Electronics store, is a dropshipping site.

We got an email 2 weeks after launching. The dropshipper couldn’t believe it.

How have you managed to make so many sales so quickly?

Our advice to him was the same as all the others who approach us in Berlin: 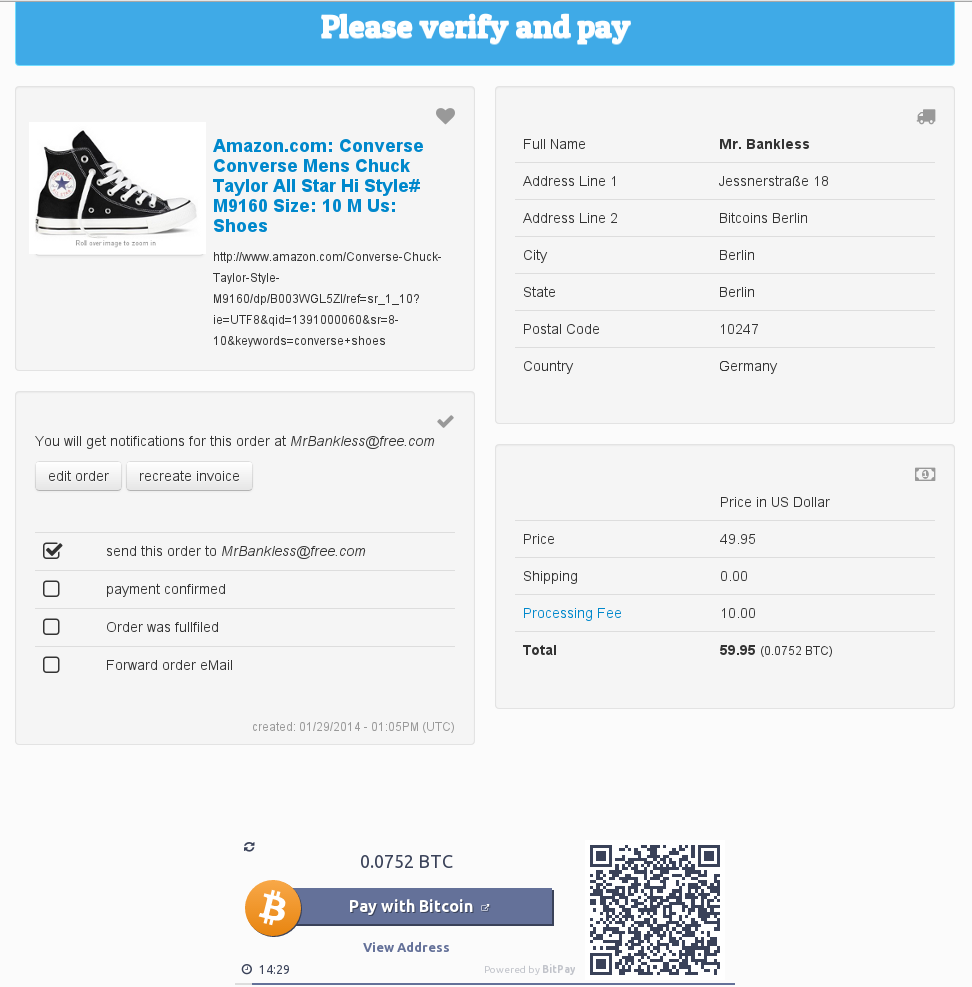 Sales come from somewhere and we have been very lucky with our customers. With barely any paid promotion, we have had an increasing flow of traffic and orders.

The Bitcoin ecosystem has grown so much in the last 12 months and we at Bitcoins Berlin believe that the Bitcoin economy (and the price) will grow even faster this next year.

I’ve used all4btc.com several times, especially since you made the plug in available for purchases from amazon.com. It’s awesome! - Piper67

Please feel free to read some of our customers’ All4btc testimonials.

Mystery: Bitcoin goes up, so do sales

One of the most surprising things about the last year in numbers was how sales increased with the Bitcoin price.

If you view All4btc as a way of selling Bitcoins, then the actions performed by our customers are going against the majority.

When the price is increasing, demand outstrips supply.

Surely people should hold onto their btc when the price is rising $50 a day?

A possible answer to this mystery is this: our customers are seasoned Bitcoiners who have been privy to one too many boom and busts.

They foresaw the crashes and began offloading their virtual currency early.

What do you think? Let us know in the comments.